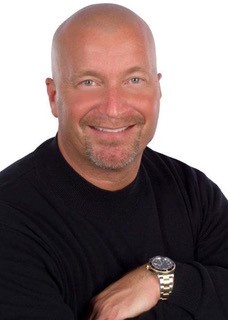 Steve’s small claim to fame was being named co-captain of the 1984 Hill-Murray Pioneers MN State Championship Hockey Team. Steve continued his education after high school, attending St. Paul Technical Vocational Institution as a pitcher on the baseball squad and graduating as an Electro-Mechanical Technician.

After earning his degree, Steve worked as a superintendent for the 3rd largest construction company in the US, overseeing over a hundred employees and heavy machinery.

Most of Steve’s family now lives in Wabasha, MN, however he’s made a home for himself in Ham Lake. Steve enjoys spending time off coaching his son’s hockey, baseball, and soccer teams, along with leading their Boy Scout troop as a Den Leader.

Like many Minnesotans, Steve likes to get away to the cabin to enjoy fishing, hunting, camping, snowmobiling and riding motorcycles. Steve Lockwood is happy to be your personal project consultant and looks forward to serving you and your family.

Are you on the lookout for qualified roofing contractors who are committed to honesty and quality work on every job no matter how small or large? Then you’ve come to the right place.

Whether you’re building from the ground up or are looking for contractors to maintain and repair your existing roof, Lockwood Construction LLC roofing contractors are skilled in both. We’re equally at home running our own site or working as a part of a large contracting team.

For installations, we’ll make sure you’re aware of every option available, and for repairs, we can guarantee our ability to assess and fix up any type of roof you may have. Looking for more information? Just give us a call or send us an e-mail!

Every member of the Lockwood Construction LLC team is fully licensed, insured, and bonded, and are passionate about the work that they do. We believe this shows on every impressive job that they complete.

From installing quality roofing that lasts a lifetime to fixing up roofs so that they can do the same, our crew truly cares about the results provided to our valuable clients.

Right from our first phone call, you’ll find knowledgeable advice and affordable solutions for any roofing work you may be facing. That’s the Lockwood Construction LLC promise!

At Lockwood Construction LLC, our goal is to be able to tackle anything when it comes to roofing — and we do exactly that! Our full-service approach to roof installation, roof repair, and more, will ensure that you don’t have to rely on any other contractors for your roofing needs.

Our experience has a wide range, and we never stop learning. Skilled in tried-and-true methods that have held up for decades, and up to date on all the latest in roofing technology, you can expect the best from our comprehensive roofing services.

As much as we’re dedicated to roofing, we understand that you’d be hard-pressed to find someone out there who really wanted to spend a lot of money on their roof.

Your home’s roof is a hugely important part of its structure which protects the interior from the elements, prevents staining on the outer walls, and even keeps your foundation safe from erosion. The roofing system, is your home’s first line of defense.

At Lockwood Construction LLC, we aim to keep our pricing competitive so that you don’t have to feel bad about investing in the roofing services that you need.

Roof installation, roof maintenance, and roof repair… when it comes to providing affordable roofing services for our local clients, we’ve got it all covered.

As a homeowner, it’s a good idea to have a range of contracting specialists on speed dial in case of emergency. Lockwood Construction LLC can be your roofing contractors.

Our build sites are safe, and our roofers are both qualified and experienced. Looking to learn more or book a free estimate? Give us a call!

Let us help you with your roof